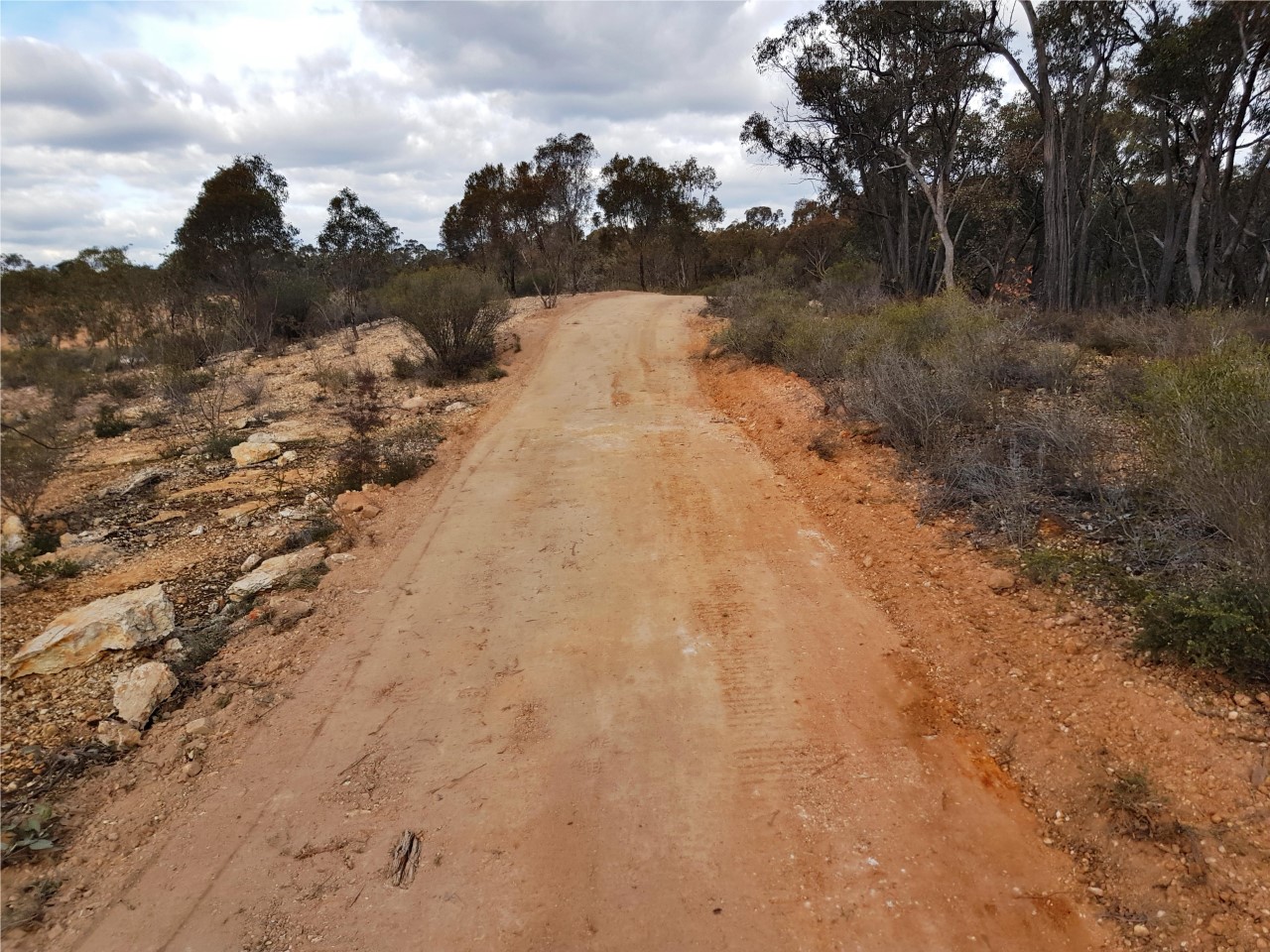 This is a general update on the works completed to date at the Reserve, and those planned over the few weeks.

The Rim Track works were completed last Thursday. These works included blading with a large bulldozer, smoothing over with a bobcat type machine and then compacting with a roller. The finished track looked great (see photo), but inevitably some soft patches occurred where cut material filled into low lying sections.

The next day we received about 25mm of rain, and then some bicycle and foot traffic over the following weekend days, which not surprisingly resulted in some minor damage. Despite this minor damage, the rain has been most advantageous, as it will now allow us to more firmly compact the track surface with the roller. With further rain expected later this week, it is likely that follow up rolling of the track will be deferred until next week.

After a second rolling the track should be much more hardened to future wear, but invariably some periodic grading and/or strategic gravelling will be needed every few years to keep it in top condition.

The paddock below the NBN tower was formed with the bulldozer into a rolling landform last Friday. This included shallow ripping across the slope to enhance water and root penetration prior to planting.

The finished site looks great is a big improvement on the previous inaccessible tangled landscape of mounds, spiny rush and stumps. It will allow easy access for revegetation works planned for next month.

The next project at Honeyeater Reserve is the repair and maintenance of the dam wall. The current dam wall has failed and water from the reserve is being spilled from the site along the gutter at the side of Honeyeater Lane.

The works will involve reinstatement of the dam wall with appropriate compacting and testing, and installation of a formal spillway.

These works are currently being undertaken and will continue subject to the rain which is forecast for this week and next.

Future works that are planned include tree-planting (revegetation) below the NBN tower and in other locations. This will include installation of temporary fencing to prevent access by kangaroos, wallabies and rabbits.

Also planned is the levelling of the former seed orchard and open paddock areas adjacent to the dam. These locations are intended for future recreation purposes and/or as a picnic ground.

Thanks to Strathfieldsaye and District Community Enterprise

Once again, Junortoun Community Action Group thanks Strathfieldsaye and District Community Enterprise for grant funding which has allowed the reconstruction of the rim walk to proceed.